A full Saturday of work with all new parts and repairs going in. 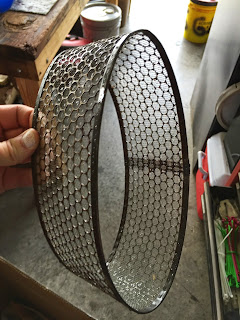 First up was to put on a brand new air filter.  On my plane the air filter simply goes on the front of the plane in the front cowling.  It is held in place by the landing light assembly.

The air filter itself is technically two pieces.  A wire mesh support ring and the filter itself, which is foam.  You can get a paper filter but it is over 80 bucks, the foam filter is much much cheaper.  You can also order just the foam part without the wire mesh ring however since it's only a few dollars more for the whole assembly I just opted to get a complete replacement. 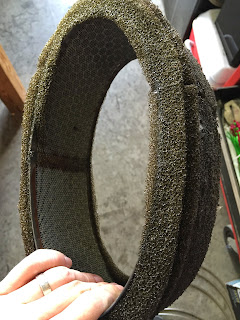 The foam filter itself is coated in a VERY sticky substance (think of honey) and it gets everywhere.  I did not realize this but next time I'm going to use some gloves.  It also explains what that super sticky stuff is under the cowling.  It's this stuff oozing out over time. 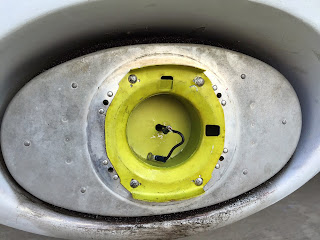 I know this is an odd picture but this is what it looks like installed.  It's basically held in place by wedging that front plate (with landing light) and the back of the cowling.  There is one long bolt that screws into the middle of that front plate and you tighten it down until the whole assembly firms up and holds in place.

The light will connect to those leads and then there is a ring that screws into the front plate to hold the light in.  (not pictured) 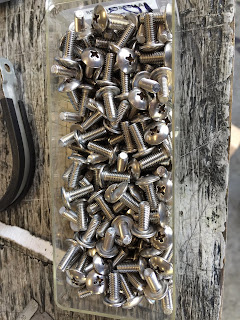 Next up was the rear cone that covers the cabling and trim spindle in the rear of the plane.  It's a plastic piece that comes in two pieces.  I needed to remove this and paint it with a paint to protect it as the A&P wanted me to get something on it to protect it from the sun.  I also wanted to soak and oil all of the spindles and cables in the rear assembly. 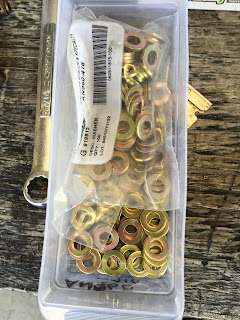 Plenty of new screws and washers!!! 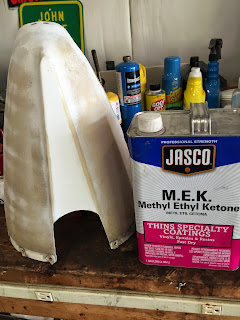 First I needed to remove the rear cover, you see how dirty and gross it is :(   I used a very very fine sand paper to rough it up a little and to clean some of the really stuck on crud.  After giving it a very light sand,  you want to clean it with a light MEK wipe off.  This will remove any oil / dirt and grit and prepare it for some paint. 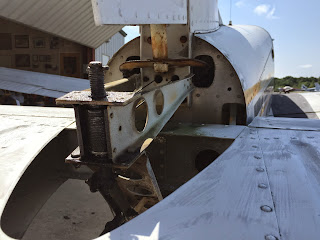 Here is what the rear of the plane looks like with the cover off.  You can see all the pulleys and cables in the rear of the plane.  All of this got a liberal coating of Mouse Milk penetrating and lubricating oil.   After letting it sit for only 10 minutes the trim was already noticeably smoother in operation. 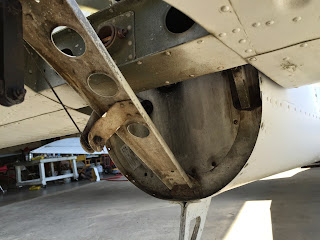 Here is the underside of the mechanism. 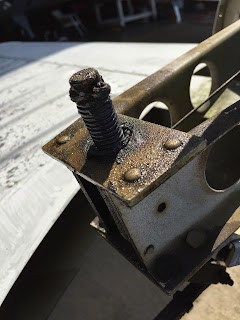 This is a close up of the trim assembly and cable.  Pretty neat stuff.  It looks wet because I just re-oiled it. 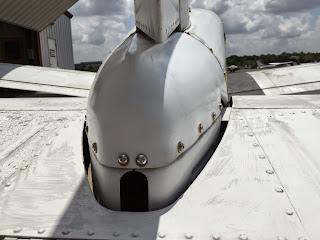 Repainted and replaced!  Check out those brand new screws and washers... 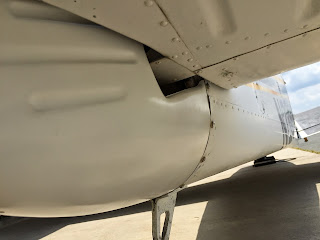 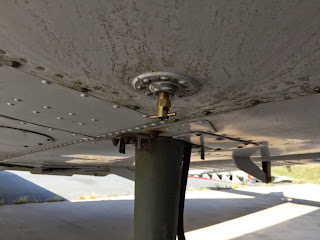 I also replaced the left and right main fuel sumps.  Check out the shiny brass!  These are super easy to change, just couple quick turns and it unscrews from the underside of the wing.  Just want to quickly replace it so all the fuel doesn't run out! 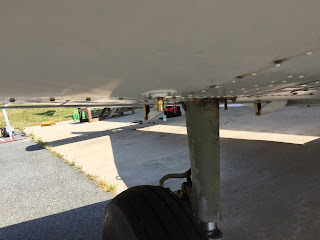 Now all the fuel comes flowing out at a normal rate.  Which makes it easier to sump.

I was flying solo today so all this took me a while to do,  I worked on the plane for about 6 hours, and at the end I treated myself to a quick taxi around the ramp down to the run-up area and did a quick run up.  She did great!