No real agenda other than poking holes in the sky.  Took a short flight down to Cheraw (KCQW) Did however get in some gnary direct crosswind landings.  The winds in Cheraw were blowing directly xwind at 16-18 kts. 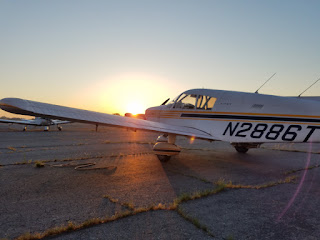 Ok guys, here is a monster update for today. I got to take the Cherokee out on her first fly-in today to the Rock Hill Airport (KUZA) for the South Carolina Breakfast Club. A co-worker of mine came along with me over to Rock Hill and to experience his first SC Breakfast Club!

The weather was severe clear today and I knew that the crowd would be large so I decided to depart no later than 7:30am to beat the rush. It was a very short 19 minute flight over to Rock Hill clipping along at a crisp 110mph smooth as glass.

We were the first one to arrive at the fly-in but that lasted no time as before we had even taxied to parking people started arriving.

I lost count with how many airplanes ended up showing up but I took an absolute TON of pictures.
The plane did great and we had a great time!

Here is a huge picture album from today over 144 pictures...

Just a small update today but still an important one. Took a quick trip from Monroe to Pageland. What makes this important is Pageland is a much smaller runway and airport than Monroe. Still plenty of room for the little Cherokee, but still got to perform a short field departure.
Most importantly today was the first day we reached out to CLT approach to verify the xponder. I was able to talk to CLT approach and not only did they immediately pick me up with no issue but the altitude was reading perfectly.

Finally today was my first flight with my 'new to me' iFly 700 as a backup to my iPad. It's a nice unit and I really enjoyed having it in instrument mode so I could get the heading indicator in a heads up view. It was really handy to have and easy to read in the full sun.

Here is the video if you would like to see how she handles on a much shorter runway. Please note how it leaps off the ground on that short field. 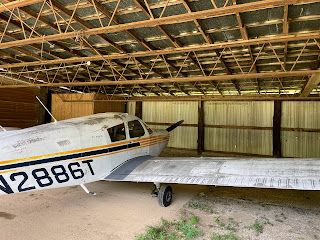