So the storm that blew through the Charlotte area in mid June damaged the window so we decided to go ahead and replace both front windows.

It's a pretty simple install on a 140, just need to remove the lower window trip bar and the strip between the two windows.

We had always assumed that the fabric on the top of the dash had been light brown, but what we discovered after removing the trim was that the original un-faded color was black.  So we decided to go ahead and redye the fabric back black while the windows were out.

What a huge difference it makes, and again returns the plane closer to what it looked like originally. 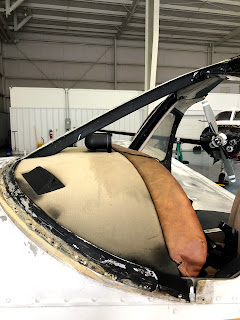 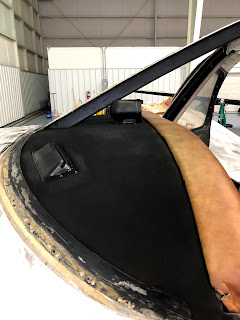 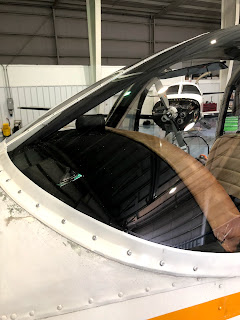