For you guys on the fence with the ADSB-out solution I figured I would do a quick update on the install.

It really isn't marketing fluff when they say you can install it in 15 minutes. We took the wing tip off to place knife connectors on the wire ends. On mine I do not have a strobe so no need for the yellow wire, simply connect the "hot" wire to the red wire and the black to ground and viola.

Reinstalled the wing tip and powered the unit on. You connect to a little WIFI network to configure it. Once you connect to the WIFI network on your phone you use their app to set the variables for the unit. You set your tail number and that's pretty much it.

One little issue however, part of the setup is to set your transponder to something like 1234 and see if the unit picks that up in the status section of the app. However at our field we do not get radar coverage so your transponder won't "ping" a code since it couldn't hit the radar. In my case that means I'll need to fly around high enough for the Charlotte radar to cause my transponder to broadcast (basically when the little green light flashes) (Before ya'll ask the transponder was re-certified last week)

Because of that my initial flight failed the FAA Test, but it did pick up everything else about the flight, I think next time I'll just need to make sure I'm a little higher than the pattern and fly a little farther out. 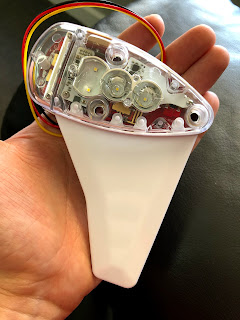 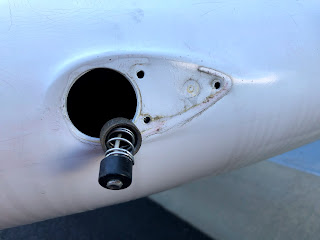 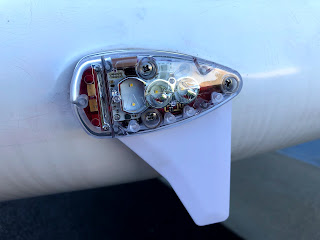